The late Khadijeh Mossadegh was born in Teheran, Iran on 17 December 1923 and passed away on 19 May 2003 in Neuchâtel, Switzerland. 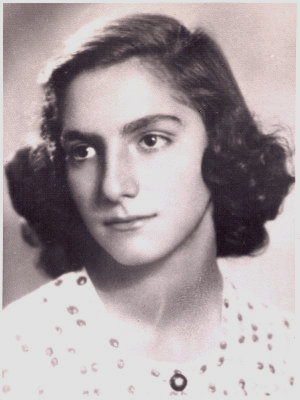 Her illness began in 1940 as the result of a shock she received by witnessing the arrest of her father, who was subjugated violently by the police before being sent to a prison in the desert area of Birjand. Indeed, she had a profound admiration for her father, the late Mohammad Mossadegh.

I personally witnessed this event at her side. A friend of our uncle, Ahmad Mossadegh, who was close to the police force, had tipped us regarding the arrest and we had rushed to the central station alongside him and my mother Zia-Ashraf, together with Khadijeh. Hiding behind the trees that faced the entrance of the station. It was a very moving scene to watch.

Another account of this story is seen in my other uncle's memoirs, Dr. Gholamhossein Mossadegh, which owing to the oversight of the narrator and inadvertence of the editor, does not pay the necessary attention needed to the details of the event.

On the way back home, Khadijeh showed profound signs of distress and her condition never really improved thereafter.

Because of the way depressed patients were treated at the time in Teheran, of electric shocks and countless injections of insulin, as well as the imprisonment of her father, Khadijeh's depression and distress deteriorated much further.

I was sent to Switzerland in 1948, three years after the end of World War Two. A little later, Khadijeh and my grandmother Zia-o-Saltaneh joined me in order to pursue her treatment abroad.

She was first treated at a clinic in Nyon near Geneva, and was then moved to another facility in Neuchâtel, under the supervision of a specialized nurse.

At first, Khadijeh's fluctuations were such that the medical team in Neuchâtel placed her under therapy with hopes that her condition would improve, but then another team in Bern decided to perform a lobotomy on her, which actually worsened her situation, as she was  condemned to remain at the sanatorium for the remainder of her lifetime.

After her return to Perfargier in Neuchâtel, which was a well-known institution, she lived a  comfortable but quiet life alongside her nurse Ms. Baum, who took her to excursions twice a year, until the advent of the Iranian revolution in 1978.

Every week, a short letter, together with 50 CHF, were sent to her by either my mother or myself, informing her of the well-being of her relatives, to which she would respond in Persian with a postcard, usually with the following text: "Dear Maman and Papa, I hope you are well. In case you are wondering about me, I am fine and have no other issue than being away from you..." A few samples of these postcards are available at the Foundation.

I used to visit her in Neuchâtel once or twice every month. She was always happy to see me and to receive presents. However, she did not like to talk about her parents. If I was away from Switzerland, my Swiss friends would visit her instead, although she would get tired of speaking with others quickly. Because of this condition, it was made known that those whom she wasn't used to see, should not visit her. She used to like chocolates and cigarettes, which were sent to her regularly.

With the political situation in Iran worsening and the war with Iraq beginning, Khadijeh's circumstances also worsened. Her revenue consisted of the rent of two buildings that weren't being paid fully anymore. These properties consisted of two buildings that Dr. Mossadegh had purchased in order to meet her costs of living; buildings that were supposed to be eventually bequeathed to the Najmieh hospital according to their deals. In addition, Dr. Mossadegh had left, according to his will, the responsibilty of Khadijeh's care with his children according to their age, and then to his grand-children going in the same term. After his death, my mother (Zia-Ashraf) took the responsibility of her care and after her death and the death of his other children, the responsibility was laid upon me.

The increase in rate of currency exchange became another problem to deal with, and ultimately, we were indebted to the Perfargier Institute. Ms. Baum also passed away. At this point, the lack of funds forced us to seek a replacement from her private quarters for her. Khadijeh was then transferred to where all the other patients resided.

From then on, Khadijeh's expenditures were hardly ever covered through the old scheme, and I personally settled her bills until her death. 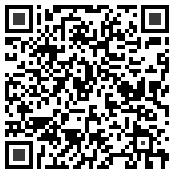